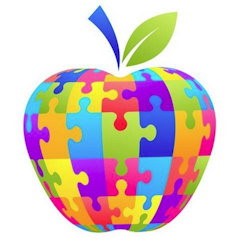 Will this help my child? That is the question we always hear from parents with children with an Autism Spectrum Diagnosis (ASD) when they come across our cognitive training and assessment programs. We’ll start with the short answer and then we’ll dig in a little deeper. The short answer is we can’t say for sure.

There are some things about autism for which there is widespread consensus. And there are other things that are still not well understood or for which there just is no one-size-fits-all answer.

Autism Speaks characterizes ASD as ” a group of complex disorders of brain development.” And those anomalies of brain development often result in some common symptoms, including difficulties with verbal communication and social interactions. But ASD is truly a spectrum and each individual brain is unique.

Many children with autism have less well developed cognitive skills. And, as with other aspects of autism, parents are looking for ways to help with that development.

Following is a list of cognitive skills that are often areas of deficit for individuals with autism. Many of these cognitive skills relate to executive functions, the way the brain directs focus, envisions future events, assesses cause and effect and regulates one’s actions.

On the other hand, individuals with autism often have stronger than normal cognitive skills such as the following:

In fact, researchers have shown enhanced activity in parts of the brain related to visual-spatial processing in children with autism. In tasks that involved finding embedded objects, normally developing children used more working memory while ASD individuals relied largely on visual systems. Understanding a child’s strengths as well as their weaknesses is key to helping them overcome many of the challenges they will face.

Another important consideration is the wide variation in cognitive ability within the disorder. Thus, while many individuals with autism display these cognitive deficits, there are large individual differences.

One very encouraging area of scientific research on autism has been the degree to which cognitive skills can be developed and the ability to enhance overall cognitive functioning. A study published in the journal Child Development followed cognitive development over time for children with ASD. Elizabeth Pellicano, a senior lecturer of autism education at the Institute of Education in London, who carried out the study, found that most children’s skills improved substantially over time. Pellicano says, “These findings are encouraging. They stress the importance of understanding the breadth of cognitive skills – a set of weaknesses and strengths – in children with ASD… A key question for the future is whether there are approaches that can facilitate progress in some of these areas.”

One of the first questions parents ask is, “How do I know what my child’s cognitive strengths and weaknesses are?” Until recently it has been very hard and/or very expensive to get an answer to that questions. Now, it is possible to answer that question with a scientifically valid online cognitive assessment that a parent can administer. The Mindprint Cognitive Assessment is appropriate for ages 8-21. Armed with this information, Mindprint then suggests specific strategies and tools to help build on the child’s strengths and support weaker areas.

So, for example, if visual processing is a strength and verbal memory is a weakness, then strategies such as creating visual images (on paper or mentally) to remember important information is one possible strategy. Amber Wild, mother of a son with ASD, used the Mindprint cognitive assessment and said in an article written for Autism Speaks, “The online cognitive assessment and follow-up through Mindprint put the power in [my son’s] hands and in mine.”

Another approach that has shown some promise is cognitive training. We often get the question “Will this help my child?” from parents of autistic children. So, several years ago, we decided to try to find out more about how our cognitive training program, BrainWare SAFARI, worked with children with ASD. Like everything else with autism, it worked well for some, and not for others. One child liked to turn the program on and off. Another liked the sound of the “failure” noise in BrainWare so would “lose” on purpose. But those who were able to persist in the program saw improvements in a variety of cognitive skills. Younger children (6-8) who were able to persevere in BrainWare experienced gains in sensorimotor and perceptual processing skills. Older children (9-12) in general experienced gains in attention, perceptual processing, thinking skills and life management. While the study does not provide clear-cut guidance on which students will be most successful with BrainWare, it does capture the experiences of children with a broad range of ASD diagnoses. For parents who would like to try BrainWare SAFARI with a child with autism, we will happily return and refund the price of the program, if the child is unable to work in the program.

In a report by the National Association of State Directors of Special Education, Donna Kennedy, Director of the Gillen Brewer School in New York (many of whose students have ASD, said, “The majority of kids in our program have atypical development and come at things in a very skewed way. [Using BrainWare] unpacks the process and help teachers identify what needs to be taught explicitly in order to provide a more efficient strategy.”

We may not always be able to answer the question, “Will this help my child,” up front, we will always support families in finding the answer for their uniquely developing child.

CEC Report on The State of the Special Education Profession
What Neuroscience Does and Doesn't Contribute to Teaching and Learning
It's Not a Quiz! It's Retrieval Practice!
Better Grades: Four Myths and the Reality
This website uses cookies to improve your experience. We'll assume you're ok with this, but you can opt-out if you wish. Cookie settingsACCEPT
Privacy & Cookies Policy