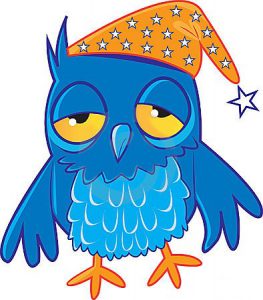 Some recent research about sleep and cognition suggests it’s time to update what we wrote a couple of years ago and the new information makes it even more clear how important sleep is to learning and memory, brain health, alertness and much more.

One misconception about sleep is that our brains essentially go offline and simply get a break from the work we ask them to do during the day. Far from going offline, our brains are very active during sleep, cleaning up the toxins and waste that have accumulated during the day, and actively working to consolidate memory. And sleep also affects post-sleep cognitive functioning.

During the day as our brains are hard at work, proteins and protein fragments (such as beta-amyloid, implicated in Alzheimer’s disease) build up in the spaces between the neurons. During sleep, the brain flushes those spaces out with cerebral-spinal fluid. This daily cleaning process is critical for a healthy brain and takes too much energy for the brain take care of while it is awake and working.

Sleep is also when our brains strengthen recently learned information and consolidate it, or make it resistant to interference from material learned later and to degradation. Scientists have known for some time that a small structure in the brain called the hippocampus plays a critical role in the formation of new memories. The hippocampus is responsible for activating recent memories, but eventually, as those new memories are consolidated in the cortex, the hippocampus is no longer required to retrieve them. As new memories are being formed, the hippocampus seems to activate patterns across the cortex which result in the strengthening of the synapses (connections between neurons) that were involved in the initial learning experience. This kind of activity is pronounced during sleep.

When we are awake and the brain is taking in new sensory input, it doesn’t have time to practice recently learned information, so practicing (consolidation of memory) happens during sleep.

According to the latest research, in NREM sleep, the neurons in our brains neurons are actively forming new connections, so at this stage plasticity is enhanced.  In REM sleep, the neural networks where new information has been learned enter a stabilization process.  During stabilization (also often called consolidation), important connections are strengthened and unimportant connections are pruned, resulted in stronger memory and more efficient processing.

We cycle between NREM and REM sleep several times during the course of a night, and while these cycles are typically about 90 minutes long, the amount of time we spend in NREM vs. REM changes, with more time spent in deep sleep earlier in the night and more time spent in REM later on. In either case, if we spend an insufficient amount of time asleep, learning and memory consolidation will be impacted. (If you really want to learn something, forget the all-nighter. Study, then sleep well.)

When we are sleep-deprived, not only have we impaired memory consolidation, we will also typically experience other types of deficits in cognitive functioning. These deficits are seen in domains including working memory, verbal learning, sustained attention, divided attention, inhibitory control, decision-making and emotional responses. Thus, without enough sleep, we are likely to struggle more with problem-solving, retaining information we hear, and staying on task. We are likely to make riskier decisions, and we will less able to form memories attached to positive emotions than negative emotions.

It is interesting to note that individuals whose inhibitory control was greater when well-rested were better able to engage those areas of the brain when they were sleep-deprived than individuals who performed more poorly when rested. This suggests that not only is it an advantage to develop our executive functions (including inhibitory control) under normal circumstances, it may especially heighten that advantage when we are tired. (Click here for more information on training cognitive skills, including executive functions.)

Here’s to a good night’s sleep!

Learning Difficulties Are Related to Overall Brain Connectivity Rather than Specific Brain Regions
A Glimmer of Understanding: New Concept Formation
Will ESSA Fail to Close the Achievement Gaps?
Cognitive Training is for the Gifted Too
This website uses cookies to improve your experience. We'll assume you're ok with this, but you can opt-out if you wish. Cookie settingsACCEPT
Privacy & Cookies Policy