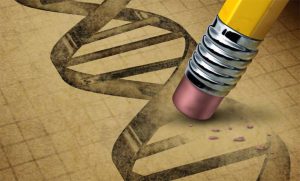 Consider, for example, Howard Gardner’s multiple intelligences, or George McCloskey’s extensive list of executive functions, or the array of cognitive processes that are developed in BrainWare Safari. Skills like Working Memory have been shown to be highly correlated with measures of intelligence. Mental processes like Inhibition are associated with social and emotional intelligence. And Visualization is connected with reading comprehension. Those are just a few examples. And we also know that those skills can be measured independently. Yet they must all work together to produce actions, thoughts and decisions that are suited to one’s environment.

The role of the environment is key. Intelligence is generally held to be intelligence because it allows us to adapt to our environment, to be flexible in how we interact with it (others and the physical world). As the environment changes, the skills we need to draw on are different. Some environments require the ability to sustain our attention; others to divide it. Holding information in short-term memory is different from getting it stored in long-term memory. Visual discrimination and auditory discrimination are different. But all these skills play a role in our ability to be effective in interacting with our environment, and hence a role in intelligence.

Not only is this new research not surprising, it is entirely consistent with what other scientific disciplines, such as cognitive neuroscience, are telling us about the brain and intelligence.

Digital Assistants that Seem Too Human May Not Work Best
Title I: Closing the Achievement Gap by Closing the Capacity Gap
Cognitive Skills Training that Sticks
New Research on Multitasking
This website uses cookies to improve your experience. We'll assume you're ok with this, but you can opt-out if you wish. Cookie settingsACCEPT
Privacy & Cookies Policy