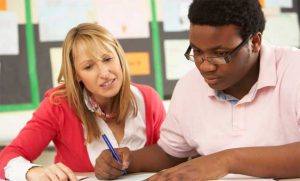 The remediation statistics are sobering. Over half of students who enroll in 2-year colleges take remedial courses in English and/or math. Almost 20% of those enrolling in 4-year colleges do so. The rates for low-income students are even higher 68% and 39% respectively.

While remediation at the college level has traditionally focused on bringing student up to speed in reading and math, being ready for post-secondary work is not simply a matter of reading at a sufficient level or knowing algebra. It is also a matter of non-academic skills like communication and collaboration, as well as the level of a students cognitive development. In fact, cognitive development is not a requirement for high school graduation nor is it measured as a prerequisite to college admissions, but it is nonetheless critical for success. And the lack of fully developed cognitive skills may, in fact, be the root cause of students lack of achievement in reading and math. As the Organization for Economic Cooperation and Development pointed out in a recent report,The evidence points to differences in cognitive skills as an explanation of a majority of the differences in economic growth rates across OECD countries.

Many researchers have illustrated how brain development can impact school readiness and achievement, including cognitive control, visual-spatial skills, planning, attention, simultaneous and successive processing and a variety of other cognitive processes. As a result of these and other research efforts, educational and developmental psychology researchers are starting to see the need to find ways to add training of cognitive skills to the education system.

While the principles of cognitive skill training have been developing over several decades, only recently has there emerged a practical and scalable approach to the development of cognitive skills that can rapidly improve cognitive capacity and a students potential for success. The effectiveness of cognitive skills training in a video-game format was shown in research published in 2007. The software program that was the subject of the study was, of course, BrainWare SAFARI. Since then, we have worked with public, private and charter schools across the U.S. to replicate and extend the findings from the original research. While the initial study and much of the subsequent field research has examined the impact on elementary and middle-grade students, what is known about the plasticity of the brain and the essential principles of cognitive development would suggest that positive results could also be achieved in a college-age population.

The evidence suggests that it is time to rethink remediation in higher education and make sure that college students have access to cognitive skills training to address their lack of preparedness, academically and cognitively. Doing so may provide an opportunity for many students to achieve their dreams of a college education and the advantages that entails by giving them the foundation and the capacity for academic success at the post-secondary level.

Easing the Way for English Language Learners
The Economic Value of Cognitive Skills Development
Teacher Effectiveness and Student Ability
Emphasize the Learning in Extended Learning Time
This website uses cookies to improve your experience. We'll assume you're ok with this, but you can opt-out if you wish. Cookie settingsACCEPT
Privacy & Cookies Policy