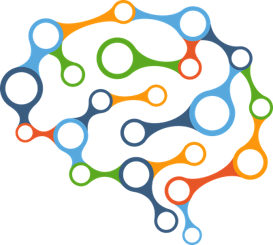 While BrainWare SAFARI is not uniquely designed for low-SES students, the persistent national academic achievement gap related to poverty has prompted research and field studies in schools and districts around the U.S. examining the impact of cognitive training on cognitive functioning and academic achievement.

While the evidence has been building that poverty affects the brain’s physical structure and development, the evidence has also been accumulating that poverty affects how the brain actually performs the functions associated with several areas brain areas. Studies have shown a strong correlation between the degree of disadvantage and the magnitude of cognitive disparity. Moreover, these findings shed light on additional specific areas of cognition that are deficient, including language, executive functions, memory and other areas of cognitive capacity.

Deficits in cognitive capacity do not disappear immediately when children are exposed to good teaching and good curriculum. In fact, such deficits are important barriers to being able to learn and often constitute limitations to the amount and pace of learning. Before students with deficits can learn, they must develop the capacity to learn. The questions then become whether the capacity to learn can be developed, and, if so, how this kind of remediation can be accomplished.

Training to overcome cognitive deficits has been known for decades as it is practiced by various therapeutic disciplines, such as vision therapy, speech/language pathology and educational therapy. The application of such techniques to the problem of cognitive deficits related to SES is fairly new, being raised by Noble and her colleagues: “An as-yet untested approach to maximizing the efficacy of interventions is to focus programs on those neurocognitive abilities that vary most steeply with SES.” (Noble, 2007).

Today, the concept of cognitive skill training to remediate cognitive deficits is no longer completely untested. Schools have begun to implement specific neurocognitive development programs addressing the very processes that have been determined to be most deficient in low-SES students with noteworthy results. This document summarizes the research that has been conducted on BrainWare SAFARI with students from low-SES backgrounds.