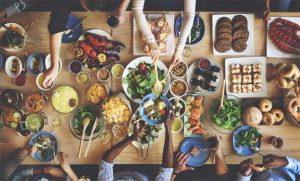 I was watching one of my favorite shows  Restaurant Impossible  when I saw a textbook case reminder of one of the consequences of high-stakes testing. First, let me say that I very much admire Robert Irvine, the star of the show and a very accomplished chef and restaurateur. In the shows, he takes on a series of challenging restaurant makeovers. Chef Robert comes in to a failing restaurant and turns everything upside down. Among the changes is often retraining the servers and requiring them to better know the restaurant’s menu. In this episode, I watched him hand out a new menu and then test the servers the next day. He tells them that whether they keep their jobs depends on them knowing it flawlessly. The expression on the servers faces took me back to high school. The segment could have been called The Worst Pop Quiz of Your Life. Taking each server in turn, Chef Robert barks out a question, How is the Bistro Burger prepared? What can you tell me about the ribs? What is the sauce on the red snapper? A few of the servers do well, but many

servers stutter, hesitate, miss an ingredient  on the brink of going home.

Were they really showing what they know? The restaurant owner decided to keep all the servers, saying she thought their performance was impacted because they were nervous. That makes perfect sense based on what we know about stress impacting our cognitive functioning. The situation was clearly unlikely to show them at their best.

If Irvine’s goal was to impress on the several how seriously they must take their jobs, he may have accomplished that. If the goal was the best, most enduring learning possible, then it may not have been the most effective approach. Testing in a stressful environment is actually a pretty poor way to test a server. When we are stressed, it shuts down our cognitive processes. We literally can’t think. That’s especially important when servers are learning  before their knowledge becomes automatic.

What might Robert have done to help those servers really LEARN the new menu?

Learning is the process of building and strengthening neural networks. Stress can impair that process. When we want to know what our students have learned, it’s important to give them an opportunity to show the depth of their understanding rather than rote recall under stress. Food for thought.