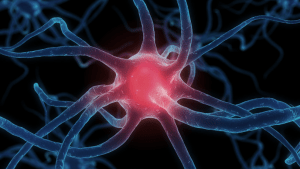 More than five decades ago, a couple of clinicians an auditory specialist and a vision-development specialist discovered that each of them was frustrated by what they couldn’t do for their clients. Both offered in-depth cognitive assessments that told parents exactly why their children were struggling in school and with other behavioral problems. But when the parents said, “OK, now what do we do about it?” these clinicians didn’t have a lot to suggest. They began to share their ideas and approaches, convinced although they couldn’t yet demonstrate it that a multidisciplinary approach was essential. Along the way, other clinicians joined them in their search speech pathologists, neurologists, psychologists and others. Over about 40 years of collaborative trial and error and refinement, these clinicians developed a set of one-on-one, mostly paper-and-pencil exercises that they used in their offices to help children with learning issues.

While there was no formal research at the time, results were achieved for tens of thousands of children. One day, a marketing expert and entrepreneur named Roger Stark got to a point in his career where he wanted to be involved in something that made transformative differences in people’s lives for meaningful, lasting good. He had started to think about his legacy. When he was introduced to the cognitive training that was taking place in clinical offices around the country, he was impressed. But he saw that something was missing and that something was a way to truly scale the program to reach many more people with learning struggles.

Stark had a unique background that suggested a path no one had yet considered. He had played an active role in the early stages of the video-game industry, launching Steven Spielberg’s first games before there was Dreamworks, as well as early titles for EA Sports, Tiger Interactive (now part of Hasbro) and Namco Cybertainment. Stark’s insight was that it might be possible to deliver the cognitive training that was working well when delivered by clinicians on a computer in a video-game format.  If it could be done and it was a big if, at the time it would enable the program to help far more people.

That was the genesis of BrainWare SAFARI, which is today the most researched, comprehensive cognitive training tool delivered online in the world.