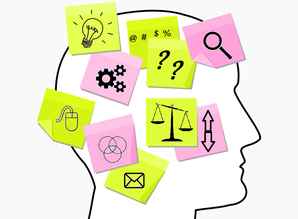 What the training didn’t do was make anyone smarter. While the researchers hoped to see improvements in fluid intelligence (IQ, or general problem-solving ability), that didn’t happen. While research has shown a connection between working memory and intelligence, the training offered in this study didn’t translate to any kind of generalized IQ gains.

Like most recent studies of “brain training,” we believe there are several reasons that an impact on broader cognitive function wasn’t seen.

First, the training lasted for 4 weeks. In our research, we have found that cognitive training (another term for brain training) starts to generate observable changes in 6 to 7 weeks. 12 to 14 weeks are typically what it takes to see dramatic gains.

Second, the training addressed one aspect of cognitive functioning independently of others. We call this working in a silo. As the NPR article says, “existing brain training programs seem to improve only a very narrow set of skills rather than overall intelligence.” They then use the analogy of Usain Bolt, for many years the fastest man in the world. The article asserts that if you put him on a bike, he won’t be the best at that.

It’s a curious analogy. For one thing, we’d be willing to bet that Usain Bolt would beat any of us in a bike race. He’s strong, fast, flexible, and in amazing cardiovascular condition – in other words, he actually has trained his body in a holistic way, not just a narrowly focused way. Yes, he focused and perfected the application of his athletic prowess to sprinting. But those same assets – strength, speed, flexibility and cardiovascular conditioning, can also be applied to other sports and physical activities.

Take another analogy. You go to the gym every day and do strengthening exercises for your right arm. The bicep bulges, you can throw a hard punch. It’s strong. But will that help you play better tennis? Has it made the rest of your body stronger, faster or more flexible? Has it improved your cardiovascular endurance? Instead, if you did strengthening exercises to work out your whole body in a cross-training mode, then that strength would be more likely to translate into better tennis playing.

And that is exactly how BrainWare SAFARI cognitive training software is structured. It develops 41 cognitive skills (many more than the 1, 2 or a handful of skills developed in most brain training software), and it does it in a highly integrated way, like cross-training for the brain.

And the results? In peer-reviewed published research and field studies, individuals who use BrainWare SAFARI as recommended experience significant cognitive growth on average, across multiple cognitive dimensions, and it translates to higher measures of overall cognitive ability as well as to real world improvements in things like reading and math. And, after all, that is really where the improvements count.

What a Difference Three Weeks Make!
Cognitive Skills are Major Factors in Reading Ability
New Research on Multitasking
Cognitive Training: Questions Frequently Asked by Skeptics
This website uses cookies to improve your experience. We'll assume you're ok with this, but you can opt-out if you wish. Cookie settingsACCEPT
Privacy & Cookies Policy