Learn to Ask for Help 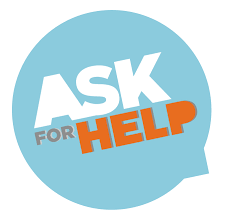 Learn to Ask for Help

By Peter Kline, author of The Everyday Genius and Why America’s Children Can’t Think

I once had a tenth-grade student who was failing history. I called her into my office and asked her what the trouble was. She told me that she didn’t understand anything that was going on in the history book.

So I picked up an American history book from my desk and read her the first sentence.

“Long before Columbus discovered America, there were Indians here,” it said.

“Do you understand that sentence?” I asked.

She shook her head no.

“What didn’t you understand?”

I told her.  “Anything else you didn’t understand?” I asked.

“Who were the Indians?”

I told her. We then read a few more sentences and I answered her questions about them. Before she left, I asked her to come in each afternoon for a while until I could be sure that she knew what it would take to do better in her history course.

She never came back for another meeting and she got an A in the course.  I asked her what she had learned that helped her in that history course.

“Before you told me, I didn’t know that if you didn’t understand something you could ask a question about it,” she said.

This is just one example out of hundreds I might give to show that one of the most important things a student can learn is how to ask for help. Those who know how to do this effectively usually rise to the top of the class.

Asking for help doesn’t just apply to school, however.  It’s important in any situation to be able to ask for help whenever you really need it before you can take the next step.

NOTE: This blog originally appeared in a booklet called Ten Secrets for Faster Learning, published in 2005. The history books have surely been updated since then and refer to Native Americans or First Nations people, rather than Indians, but the message about asking for help is as important as ever.

Deal with the Big Rocks First Prioritizing
Cognitive Training is for the Gifted Too
Do Resource Teachers Have the Right Resources?
Learning to Be Smart
This website uses cookies to improve your experience. We'll assume you're ok with this, but you can opt-out if you wish. Cookie settingsACCEPT
Privacy & Cookies Policy