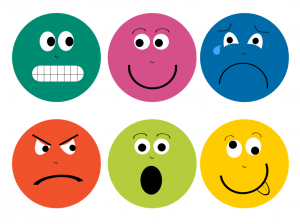 Social and Emotional Learning (SEL) is receiving increasing attention in the world of education. In our informal conversations with principals and teachers and parents, we hadn’t discerned any particular patterns or consensus in approaches, and it made us curious to explore the subject a bit more broadly. We hope that others will find this summary of findings from the small survey we conducted and the trends we discerned as interesting and thought-provoking as we do.

We received 131 responses to our survey prior to the date of this report. Survey responses were solicited via email and social media. Respondents reported working with a wide range of ages, as shown in the chart below, supporting the idea that social and emotional learning skills are deemed important at every level of education.

The level of interest and involvement with SEL programs and activities was high for those who responded to this survey. This is not surprising, given that educators with an interest in the topic would be most likely to complete the survey. In fact, more than three-quarters of respondents (77%) either have a formal SEL curriculum (22%) or engage in SEL activities without a formal curriculum (55%). 25% of respondents are looking at implementing SEL. But 29% stated that they currently have no plans for an SEL program.

For those who have a formal SEL curriculum, it was almost an even split between those who indicated that the program was self-developed (48%) and those who use a published curriculum (52%).

It is important to note that the question of which topics are important was asked of all respondents, even those who do not have an SEL program in place, while the topics which are addressed in programs was only relevant for those who have programs in place.

In considering how effective SEL programs are (only the respondents with programs or activities were asked this question), the unanimous feeling is that they are somewhat effective (64%) or very effective (36%). These conclusions seem to be based largely on informal methods of evaluation, however, since only 12% of those who responded to the survey (22% of those with programs) use an SEL assessment.

We want to thank everyone who took the time to respond to our survey and are happy to be able to share these perspectives with others. Questions on this summary or on any other aspect of the survey can be addressed to Betsy Hill at [email protected].

Cognitive Skills and Math
Rethinking Remediation in Higher Education
A cognitive neuroscience based computerized battery for efficient measurement of individual differen...
Keeping the Promise of Accountability: Building Student Capacity
This website uses cookies to improve your experience. We'll assume you're ok with this, but you can opt-out if you wish. Cookie settingsACCEPT
Privacy & Cookies Policy