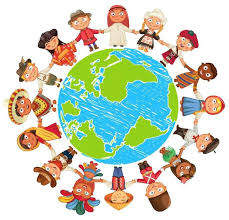 Today, more school districts than ever are challenged with providing an education to children who speak little or no English, often referred to as English Language Learners (ELL). We hear frequently of districts with dozens of different languages being spoken. Not only are schools charged with helping these students become proficient in English, they are also supposed to make sure they learn the curriculum along the way.

In the early stages of learning a new language, most learners translate back and forth from the first language to the new one. As fluency is achieved, the need to translate diminishes and the ability to directly access and correlate concepts and words in the new language increases. Thus, the demands on certain cognitive skills are even greater during the early learning stages. English Language Learners need strong working memory, sequential memory, and auditory memory skills while learning to process new sounds and words.

So, what happens when cognitive skills are increased? We would expect language proficiency and other academic performance to start to improve, but does that happen in the real world?

The short answer is yes.

In a recently completed study in which students in the Hammond Indiana bilingual program used BrainWare Safari,ELL students experienced strong cognitive improvement which had already started to translate into academic performance, just 8 weeks after they started using the program.

The percentage of students improving their scores on a very difficult district-mandated reading test increased substantially, and their scores started to improve at a faster rate.

Peggy Harrington, director of the program, is eager to get all of the bilingual students in the district on BrainWare Safari. The data really let us see how beneficial this has been for our students, she says.

For more information on the study, contact Dr. Sara Sawtelle at: [email protected]

The Role of Cognitive Remediation in Special Education
Boys and Girls: How Different Are Their Brains?
Mind the Cognitive Gap
The Case of the Accidental Control Group
This website uses cookies to improve your experience. We'll assume you're ok with this, but you can opt-out if you wish. Cookie settingsACCEPT
Privacy & Cookies Policy