Déjà Vu May Be a Mental “Hiccup” 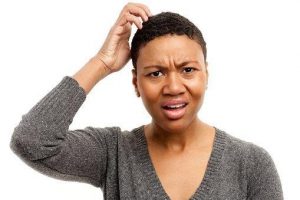 Déjà Vu May Be a Mental “Hiccup”

“Wait… wait a minute. I feel like I’ve seen or heard this before.  I’m sure, well almost sure.”  Most of us have experienced the phenomenon called “Déjà Vu” or feeling that we are experiencing something that has already happened.  For years, scientists and non-scientists alike have wondered what causes it.

While some people may still hold onto the theory that “Déjà Vu” results from a glitch in reality (we actually have lived through something before), neuroscience research has generated a variety of new theories that help to explain how we could think we have experienced something before when we haven’t. The theories all relate to different understandings of how memories are formed and retrieved.

The “hologram theory” posits that human memory is like a hologram, coherent as a whole but whose parts are less precise (fuzzier).  According to this theory, we experience “Déjà Vu” when our current situation incorrectly identifies part of a hologram memory as matching current experience.  This process would be similar to identifying a person incorrectly in a blurry security camera picture.

Other theories characterize “Déjà Vu” as reactivating closely matching memories and substituting aspects of current experience for details of a previous experience.

More recent research looks at the brain systems involved in the memory formation process and suggests that “Déjà Vu” is like a hiccup in the brain during that process.  The scientists engaged in this line of research now believe that the memory formation and memory retrieval systems of the brain (the limbic system and basal ganglia) experience a kind of hiccup.  Rather than going through the normal steps of converting something from short-term to long-term memory, something happens that causes the brain to retrieve a new memory as if it were an old one.  Thus, we experience something as an old memory at the same time we are experiencing it.

Understanding “Déjà Vu” isn’t simply a matter of idle curiosity.  Scientists believe that once we figure out the source of “Déjà Vu” we will have answers to the causes and treatments for diseases that involve errors in neuronal activation, such as epilepsy, a disease that plagues millions.

Learn more from this short video.