Closing the Achievement Gap by Closing the Cognitive Gap: A Matter of Equity 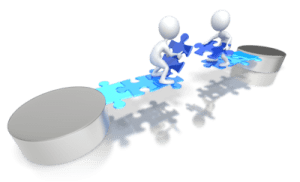 Closing the Achievement Gap by Closing the Cognitive Gap: A Matter of Equity

The release of the most recent Nation’s Report Card has had everyone from the U.S. Secretary of Education to classroom teachers wringing their hands over the fact that student performance is essentially unchanged from previous years, with only 35% of fourth-graders reading proficiently, and just 40% performing proficiently in math. While the overall performance is generally viewed as dismal, the continued disparities in performance among student groups are especially troubling.

The achievement gaps for economically disadvantaged students, students with disabilities, and English Language Learners are stubbornly wide. Despite trillions of dollars of expenditure on programs such as Title I and IDEA, the gaps persist in both reading and math

As educators and education policymakers seek to understand and remedy the achievement gaps, much attention is paid to the concept of equity. A variety of inequities have been identified as impediments to students having the opportunity to achieve their potential. Disparities in per-pupil spending, teacher experience, and technology and other resources are well-documented and top of mind. A less visible disparity, and one that connects directly to student learning is highlighted by contemporary neuroscience research – cognitive development.

Neuroscience research reveals important facts about the development of the brain and the cognitive processes involved in learning. The evidence is striking and has significant implications especially for economically disadvantaged students and students with learning disabilities. And what it tells us is that we can do much better at helping these students reach their potential.

Every child has the potential to learn; learning is what our brains do. But not every child has developed the same cognitive capacity to learn when they arrive in our classrooms. This does not mean that they cannot develop their cognitive capacity. Indeed they can! After all, the brain is plastic; what it does is change. In fact, what education does I change student’s brains (not filling brains, but physically changing them) in ways that prepare students for more learning.

Cognitive skills are the foundation for learning. Research underscores the essential nature of cognitive processes such as attention and visual-spatial processing, executive functions (working memory, inhibitory control and cognitive flexibility), and other short- and long-term memory skills in reading and math, as well as social and emotional competence. Strong cognitive skills enable students to learn; weak cognitive skills make learning a struggle.

The evidence for the impact of poverty on cognitive development has been accumulating and is striking. The research supports the conclusion that students from lower socio-economic status (low-SES), on average, have less well-developed cognitive capacity than their more advantaged peers. This does not mean that every low-SES student has weaker cognitive skills, any more than being Irish guarantees red hair. These data also have nothing to do with race or gender or other such factors. The data relate specifically to the impacts of economic disparities, which are seen in both physical brain development and cognitive assessments.

For example, recent research has found more gray matter (gray matter represents the connections among neurons) by volume in the brains of children from higher SES, and less in those from lower SES. Other scientists have documented significant differences in MRI scans of the hippocampus, a brain structure involved in short-term memory storage and retrieval and in the consolidation of long-term memory. Differences have been found in the frontal lobes, which play an important role in executive functions such as planning, impulse control and control of attention, and in the parietal lobes which play an important role in sensory integration, aspects of visual attention and may be especially important for connectivity among brain regions. Assessments of cognitive skills reflect the same disparity, with tests of executive functions, memory processes, attention, and other areas showing a clear correlation with SES. In our own work with urban charter schools for example, cognitive assessments show deficits in executive functions in up to 70% of students.

Gaps in cognitive capacity do not disappear immediately when children are exposed to good teaching and good curriculum and a safe environment. In fact, such deficits are important barriers to being able to close the gap.

Unfortunately, despite the fact that underlying cognitive skills are essential to all learning, there is seldom a focus on them in schools, unless a student is identified with a specific learning disability. The fact that cognitive skills are not explicitly taught in schools does not mean that they cannot be developed. For over half a century, techniques to develop basic cognitive skills have been known and used in various clinical therapies. These techniques have been incorporated in computer-based training (BrainWare SAFARI) making them far more broadly accessible. Training in mindfulness, dance, martial arts, and other explicit strategies have also been shown to be helpful.

Every student (and their teachers, for that matter) have cognitive strengths and weaknesses. Developing student’s cognitive capacity in comprehensive and integrated manner is a vital step in closing the achievement gaps. Helping every student achieve their potential requires us, as a matter of equity, to help them develop their cognitive capacity.

Gamification in Education: Fostering a Growth Mindset
Spider Webs: A Halloween Reminder of How Our Brains Work
The Mystery of Reading Comprehension
Is Your Child's IEP Really Making a Difference?
This website uses cookies to improve your experience. We'll assume you're ok with this, but you can opt-out if you wish. Cookie settingsACCEPT
Privacy & Cookies Policy